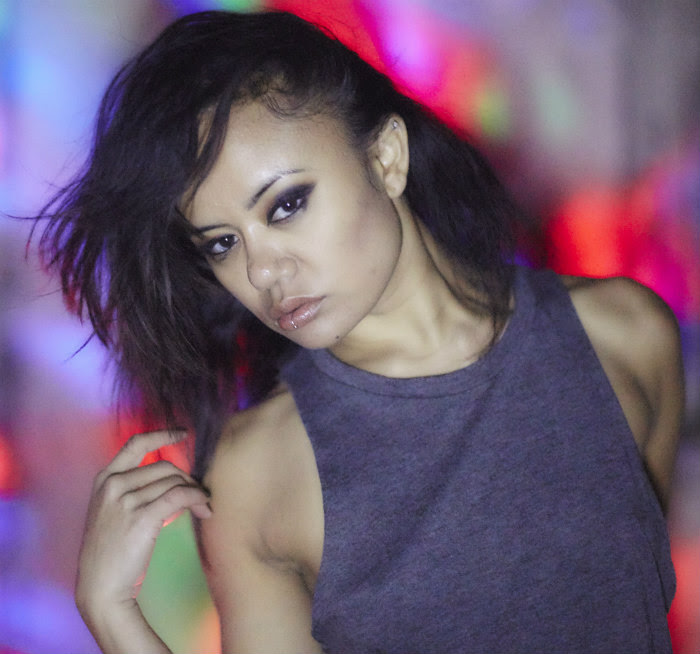 Vivid Radio Host Annie Cruz and Sports Byline USA Radio Network Host Bob Black to Discuss Harden on Each Other’s Shows on May 21 & May 22
LOS ANGELES—(May 16, 2018)—NBA guard James Harden of the Houston Rockets, aka “The Beard,” has been selected to be in the Vivid Radio Sports Spotlight for May.
The regular monthly feature will be heard on two radio networks on Monday, May 21 and Tuesday, May 22.  Annie Cruz, host of the VividRadio.com program The Dirtiest Girl in the World, will interview sports expert Bob Black, host of The Sports Attack on the Sports Byline USA Radio Network, about Harden and other topics in the world of sports and entertainment. Black will interview Annie about Harden the next day on his show.
In addition to her popular radio show Annie is working on a graphic novel project, which is getting off the ground through crowdfunding.  She also has two indie films in post-production and one of them will be released this summer by indie distributor Gravitas Ventures.
“There’s no doubt that James Harden lights up the Rockets,” says Annie.  “For a kid out of Compton, he’s come a long way in the NBA.  What I like best about watching him play is that he seems to be having the time of his life.”
Annie and Bob can be heard on Annie’s show from 1-2pm PT/4-5pm ET on www.VividRadio.com or on SiriusXM Channel 415. Vivid Radio is the world’s most listened to adult radio network.  It has a wide selection of programming and beautiful hosts who are primarily either current or legendary adult performers.
Bob and Annie will be on Bob’s show on Tuesday, May 22 at 6:00am PT/9:00am ET.  Sports Byline USA is the leading sports talk radio network and is heard on over 200 radio stations across the country, the American Forces Radio Network, iHeartRadio, Sirius channel 214, XM channel 203, CRN Digital Radio and on many other outlets.
About Vivid:  The Vivid brand is built on high quality films and innovative marketing and has been in business for over 30 years. Vivid’s divisions include fast growing TV broadcasting with Vivid channels and VOD platforms broadcast around the world and the Internet with its newly updated website Vivid.com and which now includes many other sites and the complete celebrity sex tape library. Licensing programs extend from condoms to gentlemen’s clubs. For more on Vivid visit twitter.com/VividCorp or Facebook.com/Vivid.
Media Contact: For more  Vivid information or interviews email jackie@vivid.com.